The Lagos State Commissioner for Health, Dr. Jide Idris has debunked media reports that two deaths have been recorded as a result of meningitis attack in the State.

Idris, while speaking recently during a review of the State’s activities to curtail the spread of the meningitis epidemic said, “the report carried by some newspapers and online platforms is untrue and does not represent the reality of the situation in Lagos State and is capable of causing undue panic among residents’’.

He said that though the Disease Surveillance Notification Officer in Lagos Island Local Government reported nine suspected cases of meningitis this year with two deaths, further laboratory tests proved that none of the cases was attributed or confirmed to have resulted from the causative agent of cerebrospinal meningitis.

The Commissioner said that the Ministry of Health was also notified last week of a three-year-old boy suspected to have meningitis and was registered at a private facility in Lagos but the laboratory investigations did not also confirm the disease.

Idris seized the opportunity to reiterate the resolve of the State Government to prevent and control the spread of the epidemic to Lagos State and urged all residents to support government’s efforts by reporting suspected cases to the nearest public health facility or call 08037170614, 08023169485.

The Commissioner underscored the need for the observance of a high standard of personal and environmental hygiene as a preventive measure against the outbreak of the disease, noting that such hygienic measures should include washing of hands with soap and water frequently and thoroughly, avoiding direct contact with the discharges from an infected person and covering of mouth and nose when coughing and sneezing.

“It is strongly advised that people avoid overcrowding in living quarters, provide cross ventilation in sleeping and work-rooms and other places where many people come together and get vaccinated with CSM vaccine when you are travelling to areas where Meningitis outbreaks have been reported,” he added.

Idris urged citizens not to panic and gave assurance that health workers in the State have already been placed on red alert while surveillance teams comprising epidemiologists are also intensifying their monitoring activities to prevent a spread of the disease. 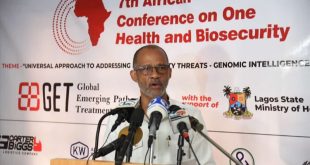 LAGOS TO HOST SEVENTH AFRICAN CONFERENCE ON BIOSECURITY, ONE HEALTH 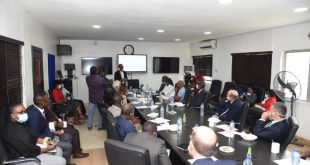 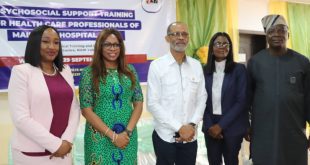 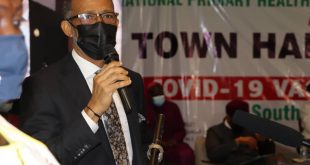