THE PHARMACEUTICAL INSPECTORATE UNIT (TASK FORCE ON COUNTERFEIT, FAKE DRUGS AND UNWHOLESOME PROCESSED FOODS)
The Pharmaceutical Inspectorate Unit (PIU) is the enforcing arm of the Directorate of Pharmaceutical Services in the State. It is charged with the responsibility of enforcing Laws and Regulations that govern Inspection activities for the purpose of registration of Pharmaceutical premises both Pharmacies and Patent Medicine Shops.
It also monitors the activities of registered premises after duly registration to ensure compliance with the Laws and Regulations. It is also responsible for seizure of drugs from illegal premises and promoting processed food safety. The PIU serves as the Secretariat of State Task Force on Counterfeit and Fake Drugs and Unwholesome Processed Foods and PPMVL Committee
TASK FORCE ON COUNTERFEIT, FAKE DRUGS AND UNWHOLESOME PROCESSED FOODS
The Lagos State Task Force on Counterfeit, Fake Drugs and Unwholesome Processed Foods is the body that is charged with the duty of sanitizing the drug distribution system and ridding the State of illegal pharmaceutical premises and drug shops.
The Task force was set up under Decree 25 of the 1999 Constitution by the Federal Government in the 36 States of the Federation and the Federal capital Territory. The Lagos State Task Force on Counterfeit, Fake Drugs and Unwholesome Processed Foods is the Lagos State Government Chapter of the Federal Task Force which is the enforcement arm of NAFDAC. It is under the Chairmanship of the Director of Pharmaceutical Services while the Head of Pharmaceutical Inspectorate is the Secretary.
The Task Force Laws prohibits the sale and distribution of any counterfeit, adulterated, banned or fake, substandard or expired drug or unwholesome processed food, in any form whatsoever.
Secondly, the Law also prohibits any person to hawk or display for sale any drug or poison in duly licenced or registered by the appropriate authority including any market, kiosk, motor park, road-side stall or in any bus, ferry or any other means of transportation.
The Task Force is empowered to seal any premises used or being used in connection with any of the offences listed in the Law and also to seize the products therein and dealt with in a manner that government may determine from time to time.
Task Force Raiding Activity
Task Force raid is conducted in conjunction with the officials of Directorate of Enforcement and Federal Task Force both of the NAFDAC, Representative of the State Pharmaceutical Society of Nigeria, Representative of Pharmacists’ Council of Nigeria, Officials of the Lagos State Ministry of Health, including a Legal Officer, the Public Relations Officers and Policemen of the Lagos State Rapid Response Squad.
Enlightenment Campaign
The Task Force also embarks on public awareness/enlightenment campaigns to educate the general public on drug issues and also to curtail demand of spurious products from illegal premises. Meetings of Committee members are held regularly to deliberate and review activities and to profer necessary guidelines for the improvement of the Task Force activities.
Statistics of 2014 Task Force Activities
Task Force activities in the year 2014: 220 premises/shops were sealed and sanitized.
The Task Force mini-operation in all the 20 LGAs/37 LCDAs but major enforcement activities were conducted in Ikosi-Ketu, Ogudu, Magodo, Alapere, Iju-Agege, Ishaga, Ogba and Obawole Local Government/LCD Area.
CREATION OF ACCESS TO REGISTERED PHARMACEUTICAL PREMISES AND LICENCED PATENT MEDCINE SHOPS
• Access to Licenced Pharmaceutical Premises.
The Lagos State Pharmaceutical Inspection Committee (PIC) with the DPS as the Chairman, is the body that is saddled with the responsibilities to carry out inspection, monitoring and control activities of licenced pharmaceutical premises in Lagos State. This is to enhance the enforcement of the drug regulatory laws and subsequent sanitization of drug distribution within the State as well as establishing newly registered pharmaceutical premises for Retail, Wholesale, Distribution, Importation and Manufacturing practices. These activities enhance access to pharmaceutical care services delivery to the benefit of the citizenry.
To this effect the following are the numbers of different categories of licenced pharmaceutical premises that have been injected into the system as at end of 2012 in Lagos State is:
% of the Total Registered premises in the Country
• Ø No of Wholesale premises – 265 33.13%
• Ø No of Retail premises – 651 29.66%
• Ø No of Importation premises – 284 63.53%
• Ø No of Distribution premises – 27 33.75%
• Ø No of Manufacturing premises – 60 36.14%
Source:- PCN Register
2014 PIC Statistics
No of premises added are 160 premises for 2014 in the different LGA/LCDAs’ of the State.
• Access to Patent and Proprietary Medicine Vendor Licence Shop
The Patent and Proprietary Medicine Vendor Licence Committee is the body responsible for inspection, monitoring and control of PPMVL shops. Licences are issued by PCN. The Committee is responsible for the following activities:
• Ø Registration of New Applicants for PPMVL and Renewal of Licenced PPMV shop
• Ø Inspection of premises and Recommendation of successful candidates to PCN for Issuance of Licence.
• Ø Conduction of Oral and Written Assessment of New Applicants.
• Ø Capacity building Programmes for holders of PPMVL.
A total No of 236 recommended applications were sent to PCN for approval for the year 2014. 196 New vendor licences have been approved by PCN so far. Hence enhancing access to Patent Medicine Shop for the grassroot populace.
As at January 2015, a total No of 2782 licenced Patent Medicine Shops have been established in the State.
The above activities are geared towards improved access to pharmaceutical care for the citizenry even at grassroot level.
IMPORTANT NOTICE
It is important to notify the public that creation of access to both registered Pharmaceutical premises and licenced Patent Medicine Shop is an on-going process. The public is therefore enjoined to visit the office of the Director of Pharmaceutical Services, Ministry of Health Alausa or he State Pharmaceutical Inspectorate Unit, Block 8, Old Secretariat Ikeja for further enquiries. 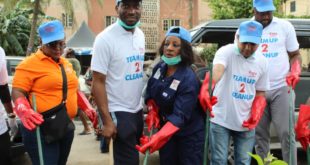 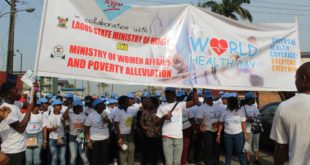