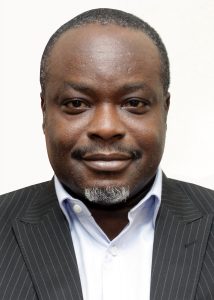 Dr Ogboye joined the civil service in 1998 starting his civil service career at the Lagos Island Maternity. He however realized early in his career that he could contribute a lot more to health care in Lagos State by helping to develop and strengthen the health system, he then moved to the Lagos State AIDS Control Agency in its infancy where he helped to design and implement the HIV and AIDS intervention program for the State, he rose through the ranks in the agency eventually serving  for several years as program manager of the Lagos State AIDS Control Agency where he managed the World Bank Funded State HIV/AIDS Program Development Project, which was acknowledged often as the best performing project nationally. In that role he piloted the introduction of dried blood spot testing for early infant diagnosis of HIV, and brought several innovations into the Lagos State AIDS control program, one of which was the introduction of mobile HIV testing at various hotspots after regular working hours.

He was later appointed MD/CEO at Ebute Metta Comprehensive Health Centre and then MD/CEO at Onikan Health Centre. He brought to both roles a firm belief that it was not possible for the Government alone to single handedly fund health care and he sourced for assistance from committed individuals and organizations to contribute in kind to the development of the two health facilities. He also worked with his management team to develop strategic plans for service improvement, with clear indicators for monitoring and tracking progress.  He led management to document and improve on processes and to ensure service is patient focused.

Dr Ogboye is committed to the continuous improvement of the Lagos State Health System and improving health outcomes of the residents of Lagos.