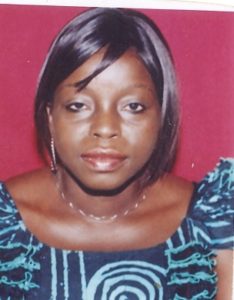 Dr. (Mrs) Oludara Folashade Folashayo was born in Lagos on the 14th of September, 1966. An indigene of Lagos;  She studied Medicine at the Obafemi Awolowo University , Ile-Ife , Osun State, where she was awarded the Medical Certificate of Bachelor of Medicine and Bachelor of Surgery (MBBS) in 1991. She was also awarded Master in Public Health Certificate at the Lagos State University Teaching Hospital (LUTH), College of Medicine University of Lagos in 1998.

On graduation as a doctor in 1991, she had her housemanship at the Lagos University Teaching Hospital (LUTH), Idi Araba between November 1991 and November 1992 and went through rotational internship in Surgery, Pediatrics, Obstetrics & Gynecology, and Internal Medicine. From March 1993 to January 1994, she did her National Youth Service Corp posting at the Surulere General Hospital (formerly Randle Health Centre), Lagos State.

She had served as Chairman and member of various health sector programmes and policy implementation committees including the Lagos State Health Sector Development Partners Forum; Core Technical Committee on Integrated Maternal, Newborn and Child Health Strategy and Hospital Monitoring Committee amongst others.

Dr. Oludara is married and her marriage is blessed with three children. She likes reading, listening to gospel music and cooking.