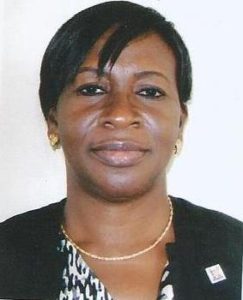 Dr. Moyosore Wuraola Adejumo was born in Lagos on October 13, 1960. She attended the Queen School, Ibadan where she obtained her West African School Certificate Grade 1 before she proceeded to the Federal Government Girls College, Bida, then the University Tutorial College, London for her A-Levels between 1976 and 1979.

Dr Adejumo thereafter attended the University of the Pacific Stockton, California, USA between 1980 and 1985 from where she obtained a doctorate degree in pharmacy (Pharm. D). She also holds a Masters in Public Administration degree from the University of Lagos.

She started her working career at the then General Hospital, Ikeja now LASUTH as a Grade 1 Pharmacist in 1988 from where she was transferred to the then Agbowa Health Center as a Senior Pharmacist/Head of the Pharmacy Unit in 1993. With her experience, She has worked at many hospitals including the General Hospital, Isolo between 1994 and 1996, the then Randle Health Center between 1997 and 1999, and the Lagos State University Teaching Hospital, Ikeja between 2000 and 2002 from where she was transferred to the Ministry of Health in 2003.

Dr Moyosore Adejumo is very ambitious and committed to excellence, a team player with the ability to work effectively with diverse group of people. She was the 2007 Lagos State Health Sector Productivity Award recipient and has adapted two booklets on Alcohol and Marijuana for drug abuse control activities in Lagos State. Her hobbies are reading, mentoring, meeting people and volunteering.