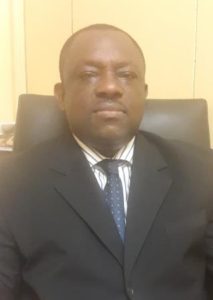 He was at the State Medical School Stavropol, Russia to undergo his undergraduate medical training after which he bagged an MB.BS degree in 1989.On graduation as a doctor in 1989; he had his housemanship at the General State Hospital, Lagos from 1990 to 1991.

He was employed by the defunct Lagos State Health Management Board in 1991 as a Medical Officer. He worked at the Department of Medicine, General Hospital Lagos and Surgical Department of the Lagos State Emergency Service (LASEMS) from 1991 to 1999 and 1999 to 2001 respectively.

Adeola Olubukola Salako nee Adenuga was born at Agege Lagos State in 1964.  A native of Ijebu …